When Marvel filed for bankruptcy in 1996, no one expected their future movie franchise to make 26.6 billion USD in box office revenue by 2022.

What made the drastic change?

Most point to Kevin Feige and his strategy of creating Marvel as a cinematic universe. But he didn’t do it alone. Instead, it was born from a clear set of story-building rules.

Kevin Feige is a persistent creator.

He was rejected from film school multiple times until he finally entered the program. When he worked under Lauren Shuler Donner, she made him an associate producer for the first X-Men film.

It was his extensive knowledge of Marvel that gave him the credibility and foot in the door. And while he wasn’t a big comic book fan growing up, he became successful because of his ability to focus and become an expert.

In 2007 at 33 years old, Feige became the president of production for Marvel Studios. Since then, he has completely transformed the brand.

Below are some pillars Kevin uses with every Marvel movie. Together, we’ll dissect Marvel storytelling.

When you’re building a story, it’s tempting to add everything to the mix. You want to connect with readers on multiple levels, so it’s understandable why you want to include themes, symbols, and references to the story.

When someone visits a website, your goal should be to immerse themselves into their own story. But when it’s complicated, you lose them fast.

You must earn permission first, and people believe in the story before investing in something deeper.

Feige prioritizes developing a story that is easy to follow.

He’s aware that a casual viewer might watch a random movie in the franchise, and he wants to ensure they can follow it no matter how big a fan they are.

In 2019, he told the New York Film Academy how much the Harry Potter movies inspired him:

“…those movies were so well made because I could follow it all… Now, if I had watched every movie ten times, if I had read every book, I bet there are dozens of other things in there that I would see and appreciate, but they never got in the way of me just experiencing it as a pure story.”

Kevin appreciated the simplicity of the story and adopted it for his own storytelling.

As creators craft their stories, they should ask if someone would connect immediately and remember them a week from now.

2. Add profound elements but don’t let them get in the way

Kevin Feige is keenly aware of the casual viewer and the serious fan. While he keeps his stories simple and easy to follow, he doesn’t want to lose the interest of the super fan.

When he adds deeper elements found in Marvel lore, it’s never a distraction to the main story, nor does it complicate the experience.

Instead, it’s there for people to appreciate it– if they notice it.

In his same address about Harry Potter as an inspiration, he said, “If an Easter egg or a reference or something is so prevalent that it gets in the way of the story you’re telling so that people who aren’t aware of it go, ‘What is this? What’s happening?’ then we usually pull back on it.”

One great way to think about it is to ask yourself if it adds value to the story or draws attention away from the main thing. If it distracts, then it should be removed.

3. Draw from a deep well

Kevin Feige has a significant advantage with Marvel that few producers fully appreciated in the past. Marvel is full of source material. When Feige started his career, he was often frustrated when writers wouldn’t remain faithful to the original comics.

Feige’s superpower realizes that the comics have years-worth of development by multiple writers and artists and that he can build on top of it instead of creating a story from scratch.

When he was a guest speaker for the New York Film Academy, he said:

“I think the key to the success was Stan Lee and Jack Kirby and Steve Ditko, and the dozens of writers and artists that created an amazing world over the course of forty plus years… the tradition…of changing the storytellers, of the new artists and new storytellers putting their own imprints on the characters, that’s how these characters can last for decades and decades.”

Feige appreciated the diversity of multiple writers and artists and the generations of story-building they did. He drew from the source material and created a vibrant world.

When I see a movie, I can almost immediately tell if it is based on a book or not.

Unless the writer is a prodigy, films based on source material are more likely to show depth and prove to be a stronger story. Since it was written as a book or another format in the past, it involved years of development. Then, in the movie process, it underwent another round of creativity.

These movies build on a well-thought-out and proven source and create something powerful.

Creators can do the same.

They may not have source material like a book, but they have an audience. Through communities, comments, newsletters, and other sources, creators can learn about the people they serve.

Creators can also learn from the people and brands before them. We can draw deep from the well to create powerful stories that connect with our target audiences.

4. Build a world greater than the characters

Many often appreciate the world Kevin Feige created because it exists independent of the actors and characters. The Marvel franchise is not dependent on a single person. The stories continue if an actor doesn’t sign a contract or a character dies.

Feige has done this by creating a bigger world and narrative. Through the Avengers and multiple villains, we are often the heroes as viewers, participating in an evolving world.

Creators can use this tool today by creating a purpose for their actions.

For example, maybe you provide courses for single parents starting a side business. Define the purpose.

Why does it matter? Maybe it’s financial freedom and independence that fits their schedule. Why does that matter? Single parents want to take control of their lives and provide the best environment for their kids. That’s a great message to push that’s bigger than your brand and product. It’s a story.

Feige pioneers the idea that little-known heroes could become the biggest blockbuster hits for the first time in modern superhero history. He propelled heroes like Iron Man and Guardians of the Galaxy, unknown to most people unless they visited the comic book store.

These assets were non-existent for Marvel Studios, and Feige created gold out of characters that weren’t earning a dime through the company’s studio. So while many may have seen it as a risk, in the beginning, it was an opportunity for Feige. He knew that he could start new and introduce people to exciting characters.

We all can create something out of unnoticed or “unremarkable” scenarios.

While developing a story, “new” might be a perspective no one has considered. And if you find the right one, it can be the “aha” moment that puts you on the map overnight– the creative idea that your target audience responds with, “oh, they get me.”

We can find these new stories by looking within ourselves and our audiences. You can ask questions like what is frustrating me and my audience that no one talks about. When you find that new perspective, build it into the story you want to tell.

6. Drill down on the characters

When Feige started, heroes weren’t making the kind of money Marvel makes in films today. As a result, their budgets were more limited, forcing them to get creative.

In a 2017 extended interview with Vanity Fair, Kevin Feige stated:

“Watching that process on X-Men and X2, in particular, where the budgets were relatively limited and therefore you couldn’t do everything we do nowadays in the films—you had to drill down on the characters and, with Marvel Comics, there’s a great luxury to be able to do that because the depth of character is amazing.

“A lot of people don’t realize that, including people who are sometimes, or who used to sometimes, be in charge of these movies. You can flip through the artwork, and you either appreciate it or you don’t, but you have to stop and read the entire story and immerse yourself in the story. We keep that lesson nowadays, even when we do have resources to do whatever you want. It doesn’t have to be big. Do it from the character’s point of view instead of as a removed way.”

Feige realized through those creative obstacles that investing in the characters would always be more effective than expensive pockets. He did that by trying to find humanity in them.

“The key job…is to make a character who seemingly isn’t that relatable — a billionaire genius industrialist, a World War II soldier who’d been frozen in ice for 70 years, a Norse god. How do you make them relatable?…as we work on each film, we try to find the humanity in them. A lot of that is right there in the comics to pull from.”

The character is the visitor if you build a story for a product on a website. “Drilling down” is investing in your audience and researching what they care about on multiple levels.

Feige continues in his interview: “We try to instill a little bit of ourselves in all of them, in the hopes that the audience will then see themselves on the screen.”

7. Spend time with other creatives

Lastly, Feige has always connected with other creators on his journey. He’s been able to grow because of it and use his developing expertise to build the MCU.

When asked about the supposed Marvel-DC rivalry once, Feige said it was ridiculous and referenced his plans to meet with Chief Creative Officer of DC, Geoff Johns, for dinner in a couple of weeks.

Feige has used mentorship, friendships, and professional relationships to improve his craft of storytelling, and it has rippled across the entire Marvel franchise.Today, the MCU continues strong. We can learn how Feige and his team build stories that captivate audiences and add to a saga that will last for decades.

As you develop your storytelling skills, ask yourself who is in your life that can help you improve. 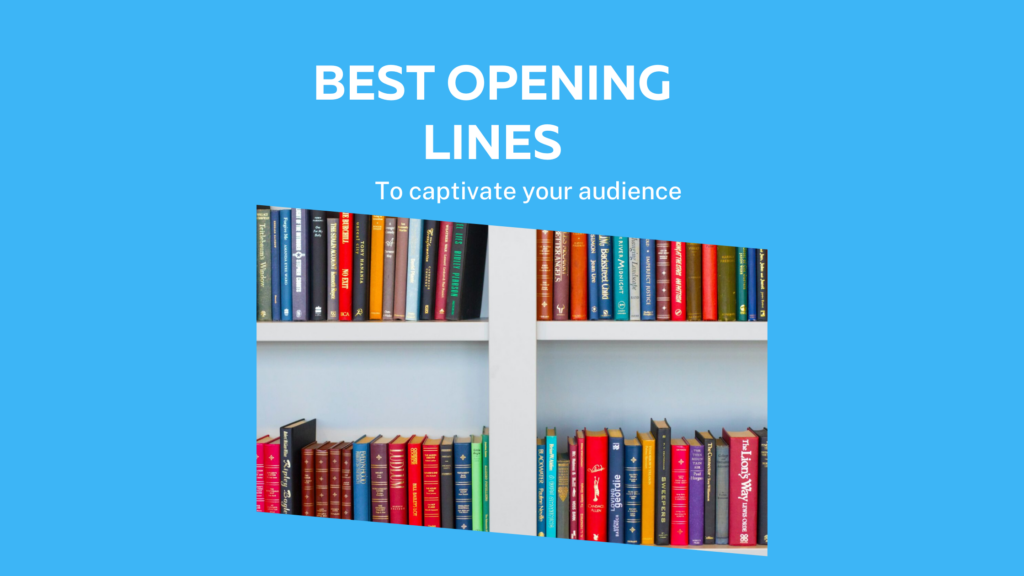 Creatives know how important a great first line can be. It has the power to… 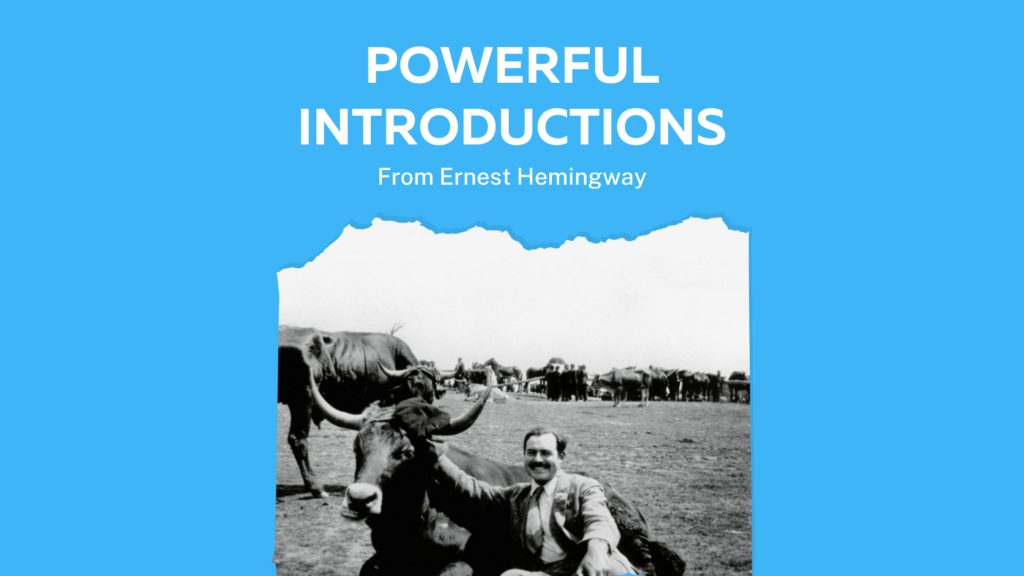 We can learn from Ernest Hemingway, like how he started his stories & captured an…